"Pioneering the Pigskin:" The Founders of Concordia Football

Football was first introduced to Concordia in 1909. Over the past century, Concordia’s football teams have won numerous championships, players and coaches have received high honors, and football has become a long-standing Concordia tradition.

In the early 1910s, students were learning football and playing informal games between groups on campus. The roughness of the game, however, created concern across the nation causing football to be banned at some fellow religious colleges such as Luther. Young Cobbers loved the game and supported its existence asserting that it was a necessary sport at Concordia. According to Carroll Englehardt, professor emeritus and author of Concordia’s centennial history On Firm Foundation Grounded, football “survived…for the same reasons it endured elsewhere; it was compatible with the collegiate goal of training and character.”

In December of 1920, Concordia joined the MIAC around which time Rudolph Lavik became the football coach. Two years later, the football team joined the ranks of Coach Fenwick Watkins. Watkins is known for boosting Concordia athletics and for recognizing the importance of scholarship and teamwork to athletic excellence. A biographical description in the 1926 Scout Yearbook states, “His [Watkins’] ability to develop material, whip rookies into shape, and instill fight into his teams has been a subject of much favorable comment.”  To the regret of many, Coach Watkins retired in 1926 to devote more time to his real estate business in Fargo. 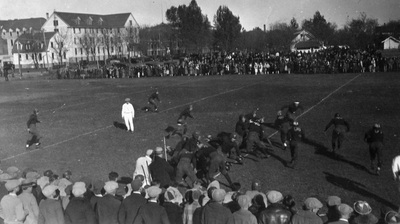 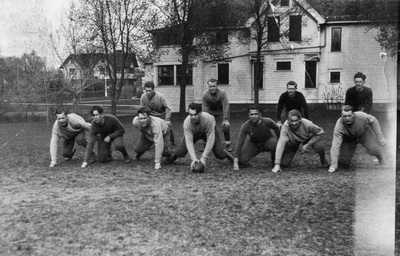